Seogwipo was an ancient Tam-ra territory, and in 1946, it became the southern city of Jeju. In 2006, Seogwipo City and Southern Jeju merged together to become the current Seogwipo City. There is a story told about the geographical names of Seogwipo. Seobul who was an ascetic  came to Jeju Island after receiving orders to seek the herbs for eternal youth from the Qin Shi Huang. However, he failed to find the herbs. On his way back, he happened to see the waterfall and was mesmerized with its beauty. He inscribed “Seo Bul Gwa Cha” on the cliff which means Seo Bul passed the place. Hence, the meaning of Seogwipo made by mixing two words "Seogwi“ which means Seo Bul returned home and ”Po“ which means port. The word ”Olle“ refers to the narrow road leading to the main gate of home in Jejudo language and has been renamed the Seogwipo Maeil Olle Market because the adjacent area of the market is included in Jeju Olle 6 courses.

The story of Jeju Island being developed into its present look

People has been settle down on the Jeju Island from old time, but it has been a relatively isolated for a long time. Therefore, commercial activities were limited because of the economic activities depending on the agriculture, farming and fisheries industries. Also, because roads were not well equipped for a long time, Seogwipo located in the southern part of Jeju had to be left out of the commercial activities. So there was no official market until the regular market opened at the end of Joseon Dynasty. The mayor of Seogwipo, Yoon Won Gu, has asked to open a five-day interval village market at the central region of myeon or eup which are the regional administrative districts in 1960 to promote local products distribution. That is, it is not naturally formed by the needs of people, but artificially formed by the needs of the authorities. With the market opening and network of roads, markets which belongs to the city of Seogwipo continued to form steadily. The markets were also located on the coast. The most active market in Seogwipo was Moseulpo Market according to the data of the latter year of 1930. Considering market day and the distance between the cities, the six markets in the Seogwipo area are divided into two parts based on the Seogwi Market. 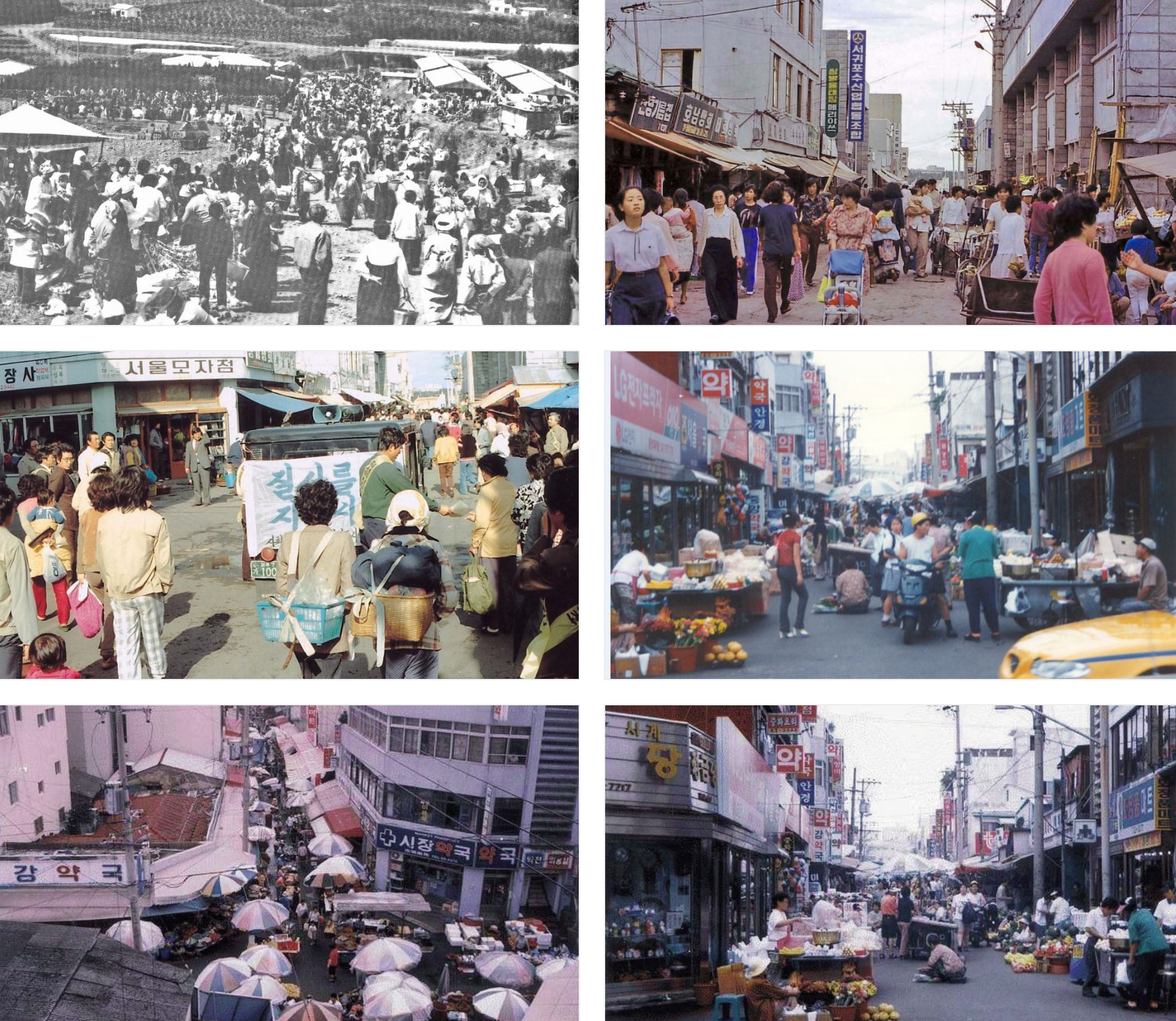